Eye in the Sky 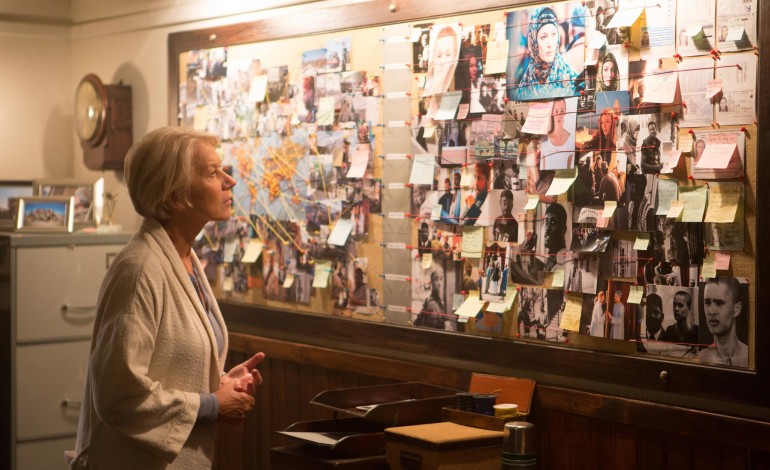 
Stellar performances by Helen Mirren (Colonel Katherine Powell), Aaron Paul as (Steve Watts), and Alan Rickman as Lieutenant General Frank Benson. Eye In The Sky is one of those rare films that operates seamlessly on multiple levels. Director Gavin Hood has delivered another powerful comment on twenty first century warfare as he did previously with Rendition (2007).

Al-Shabab suicide bombers in Nairobi, including three terrorists on Mirren's top ten list are all together in one place for the first time in six years. Through high tech surveillance, and an armed American drone flying overhead, urgent choices must be made on whether to capture, or destroy them. They are right in the process of arming themselves with suicide vests, which could potentially kill hundreds of innocent civilians within the hour.

In a combined effort between Britain and the U.S. involving the highest government officials, a decision is made to kill, rather than capture the terrorists. What happens next is classic political maneuvering. An innocent young girl (Faisa Hassan) enters the 'Kill Zone' to sell her mother's freshly baked bread. Drone operator Watts requests standing down until the girl is safely away from the site. Hassan is an absolute sweetheart, and her presence is a key element throughout.

This is where it gets really interesting. No one wants to accept responsibility for deciding on something with so many negative world wide ramifications. The film has a strong moral center showing the human side of long distance warfare using drone technology piloted from the Nevada desert. Like Ethan Hawke in Good Kill(2015), Aaron Paul must also deal with the same ethical, and emotional aftermath drone pilots must suffer with by killing remotely 12 hours a day. Quoting Hawke, "If you never face your enemy, how can you face yourself ".

In Alan Rickman's final film, his inspired performance with the closing line - "never tell a soldier that he does not know the cost of war." - is both poignant and forceful. Eye In The Sky is a must see. Don't miss it !

Conventional, yet gradually edgy and taut is Gavin Hood's latest which touch on issues present in  American Sniper and Zero Dark Thirty. The director of Ender's Game sets up an ensemble drama which has plenty of controversy, decision making, and ethical quandaries at its center. Writer Guy Hibbert understands the complex logistics but lets the material breathe in relatable, almost timeless terms.

A drone strike on a British-born terrorist cell headed by Aisha Al Hady is strategized and debated when it's located in a Nairobi residential area. Helen Mirren's dogged Col. Katherine Powell has been heading this British operation that's been keeping her up nights (not just her husband's snoring). The Red Oscar-winning thespian isn't really allotted that great of a characterization here, but it's good to see her trying to stay on top of things while understanding her point of view (think a bit of the Jessica Chastain character from the acclaimed, aforementioned Kathryn Bigelow film).

Aaron Paul's Steve Watts is the drone operator (American pilot) about to push the button to take out the target, but a nine-year girl selling bread enters the "kill zone." So, conflict and discussion brew as U.K. food-poisoned Foreign Secretary James Willett (Iain Glen) and unflappable Lt. Gen. Frank Benson (the late Alan Rickman) become involved with Powell on how to handle the situation.

Katherine has surveillance sage Jama Farah (Barkhad Abdi of Captain Phillips) lead a ground assault to try and intercept the innocent person so the top-secret mission could proceed to avert Al Hady's intended suicide bombing. An international incident escalates that reaches the higher legal, military and governmental strata of Britain and the U.S in various 'war room' settings.

From the foreign secretaries some comic relief seeps in - the U.S. representative is playing table tennis over in China and is wondering why the order hasn't been carried out from Britain to deploy the missiles. Eye in the Sky has the optics working to its advantage from shifting perspectives which ultimate has the feel of a surprising, fairly exciting morality play on the conflict of the difficult concepts in modern warfare.

It's interesting to watch the characters handle their precarious situation as memories of the mission to finally execute Osama bin Laden especially in terms of photographs or from large screens. Though a poignant conclusion may be hard to grasp, Abdi (like he did opposite Tom Hanks in the Paul Greengrass film) is the kind of actor who thrives in this kind of tremulous circumstance with the type of naturalistic poise to make the human element vital during continued leaps in global technology.