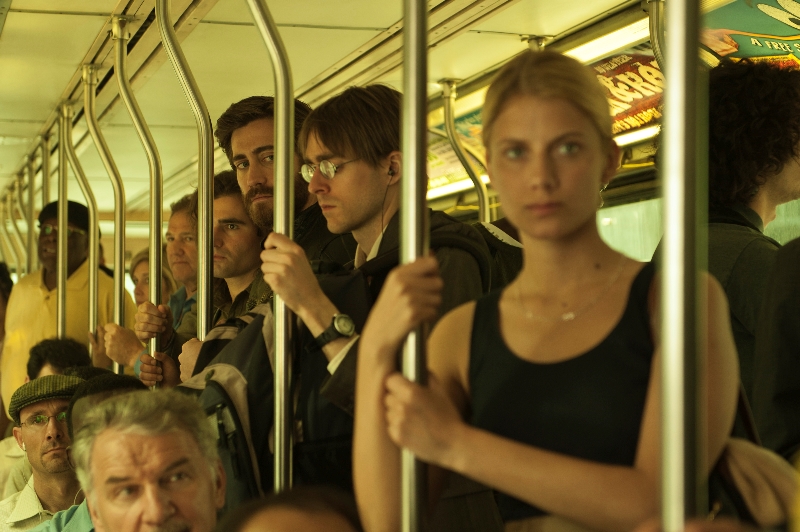 
Jake Gyllenhaal's latest Toronto-based collaboration with Denis Villeneuve is dark but only a less unnerving than their undervalued, still interminable major studio release Prisoners (where he was a twitchy, determined detective opposite a deeply distraught Hugh Jackman) working off a foreboding title card relating order and chaos.

The psychological, as well as sexually tinged thriller with dashes of B-movie wit Enemy provides the kind of head-scratching experience that some art-house devotees experienced last year in Danny Boyle's "Trance" which starred James McAvoy, Vincent Cassel and Rosario Dawson.

Villeneuve draws interestingly enough from the outset from Jose Saramago's Portuguese tome to allow Gyllenhaal (also effective in more mainstream, if unsuccessful fare like Source Code) to allow for two roles as boring, lonely, nervous university instructor Adam Bell and the more machinating, impish Anthony who happens to be the former's doppelganger. One who's spotted in the background after a garrulous colleague offers a movie and sets up a mood of obsession and unearthed paranoia.

An amber-stained look helps convey the irresistible and a shared unusual carnal appetite in a deliberate approach. One which is well-established in a spare way by scenarist Javier Gullon and expands upon this odd clash in what proves to be more of an exercise, putting an abstruse spin into vulnerability and ego. Their distinction is exposed in a tense, if cautious meeting in a hotel that gets Anthony into his wheelhouse of a disturbing mischievous nature. Especially when it concerns the girlfriend (Melanie Laurent of Beginners) who meets Adam's physical needs and the perceptions of Anthony's very pregnant wife (Sarah Gadon of Cosmopolis).

Uniting the surreal and serious may not quite gel but a nicely mounted production with appropriately moody music sets the stage for a more than disquieting, if clarity-filled resolution. If the meticulous and fastidious approach doesn't make the confusion(What's with the spiders?) go down any easier than it's the way Villeneuve provides the kind of support for a subtly engrossing Gyllenhaal to effectively crawl through the ominous, peculiar edges of consciousness.