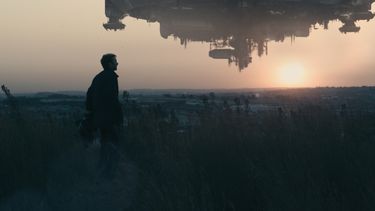 
This high-concept sci-fi action picture is targeted as the antidote to the usual mediocre-at-best late summer fare at the cineplex.

Neill Blomkamp, a protege of Peter Jackson (a producer here), is the tyro helmer of the well-observed, increasing visceral District 9. From its visual and narrative presentation viewers may recall the energy of pics like Cloverfield and 28 Days Later which made strong impressions even without star power.

The film was a hit at the recent "Comic-Con" and has benefitted from its marketing and the special F/X it promises and delivers with Jackson's name on the marquee.

From the ads, an unsettling premise offers some probing pungency from its antecedent, a 2005 short film by Blomkamp, who co-authored the screenplay, born in South Africa and resides in Canada. It takes place roughly over a three-day period.

Alien refugees with thin waists, brawny joints, and hard shell sections are physically formidable and were corralled some 28 years ago and sent to the titular Johannesburg containment camp. This species seem to be related to the insects and/or crustaceans and the detail to these creatures, as well as their abandoned stalled, hovering main spaceship brings an eerie realism wovenly effectively into the storyline.

Blomkamp connects the visiting alien community to minorities with oppression as visible when it comes to harrowing urban plight and apartheid. He works well with lenser Trent Opaloch to diffuse the menace within an austere dusty environment with barbed-wire enclosures creating a mood with documentary realism from faux media reports and interviews. There's a fear and loathing towards those more tranquil and less monstrous than those watching over them.

Multinational United (MNU) is the technological conglomerate which oversees the camp and Wikus, done well by Sharlto Copley, is the field operative/agent retained to oversee the eviction of the camp's inhabitants. The storyline begins to simmer and adhere somewhat to convention when Wikus himself possesses the quality of the refugees after coming into contact with a dangerous fluid.

Copley projects the company man with icy arrogance early on, but after his "exposure" and evasive nature with the aid of inmate to avoid being tested for a cure, Wikus blossoms in a sympathetic way for the viewer and those heavily reduced by racial intolerance. Not to say he isn't that been when rather despicable himself.

Yet, the thoughtful earlier sections are marginalized to a degree by the mayhem chosen by the filmmakers to relate the answer to a dominant brutal bureaucracy. The creativity would seem to acknowledge the blitz of battle and gore, the thrill and high stakes around a fugitive. Even before it may appear to step over its threshold of logic, District 9 often resonates as a dynamic postwar sci-fi entertainment with its political underpinnings and moral relativism underlined by locating a brave, yet cruel human world.