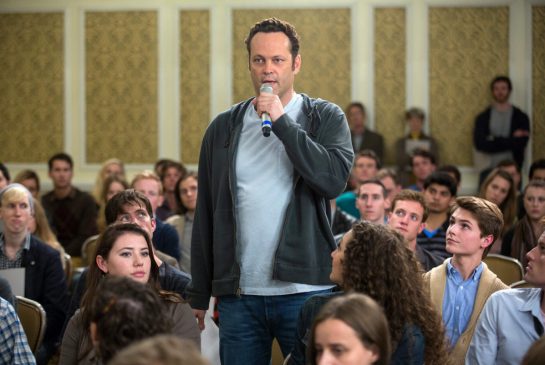 
David Wozniak (Vince Vaughn) gives the term 'extended family' a whole new meaning. His life changes dramatically when Wozniak discovers he is the father of 533 children. A lawsuit occurs when a large group of them want the identity of their sperm donor dad publicly revealed.

Apparently, after more then twenty years, his unknown descendants feel the immediate need to bond with their mystery baby daddy. Wozniak is so childlike himself that he somewhat likes the idea. He just isn't sure how to go about it.

Vaughn has played similar characters in other films. This performance was all but phoned in. He simply appears uninterested. There are a few sweet and touching moments, but they were few and far between.

For what was supposed to be a "feel good' holiday film, it quickly becomes disjointed, implausible, and contrived to the max.