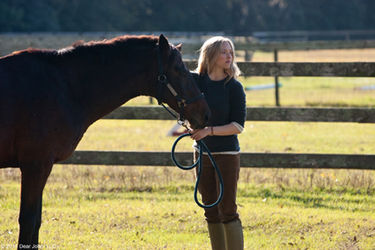 
This latest adaptation of Nicholas Sparks (The Last Song with Miley Cyrus comes in early Spring) latches into the long-distance yearning of love with the obstacle of terrorism and a new war entering the equation.

The lushly mounted, but too often ungratifying Dear John (mainly filmed in South Carolina) stars Channing Tatum and Amanda Seyfried and has enough earnestness to latch onto the Twilight crowd.

John has plans to finish out his commitment to the service in a year, but it happens to be not that long before Sept. 11, 2001.

So, the crux of the film works on the altering milieu of Savannah and John over time about what their love must conquer after a whirlwind affair after his deployment to Operation Iraqi Freedom. Director Lasse Hallstrom (Chocolat) tries to juice up what tries to reinforce this youthful relationship held together by exchanging letters through montages. A softer, more unhurried approach more often than not has a curiously detaching effect.

Especially for their admirers, Tatum and Seyfried make for an appealing couple with their physical attractive qualities unfortunately going so far. As syrupy as it was for some, The Notebook, through its flashback structure, had more of a narrative drive that produced more telling melodrama than the approach Hallstrom and writer Jamie Linden use here to express the allure and the pain.

Most notable in the backup of the central star-crossed duo are Richard Jenkins as John's internally bruised coin-collecting dad and an affable, hirsute Henry Thomas as Tim an older friend of Savannah's family. But, it's really up to the young leads to do the heavy lifting and some may think there's too much give on John's part and too much taking from Savannah.

It must be said that Hallstrom lets this fey, gently paced love story breathe to the extent that it can work on the themes implicit from the title. Sadly though, its romantic potential and emotional underpinnings seem to be mitigated by its attempt at nuance, which include Savannah being absent from the proceedings.

Finally, a too mundane and somnolent Dear John, especially after the opening sections, turns out to be more generic and manipulative through the unexpectedness of life. One that probably works more as a tribute to those who go through more than they should while far away from those who mean most to them.