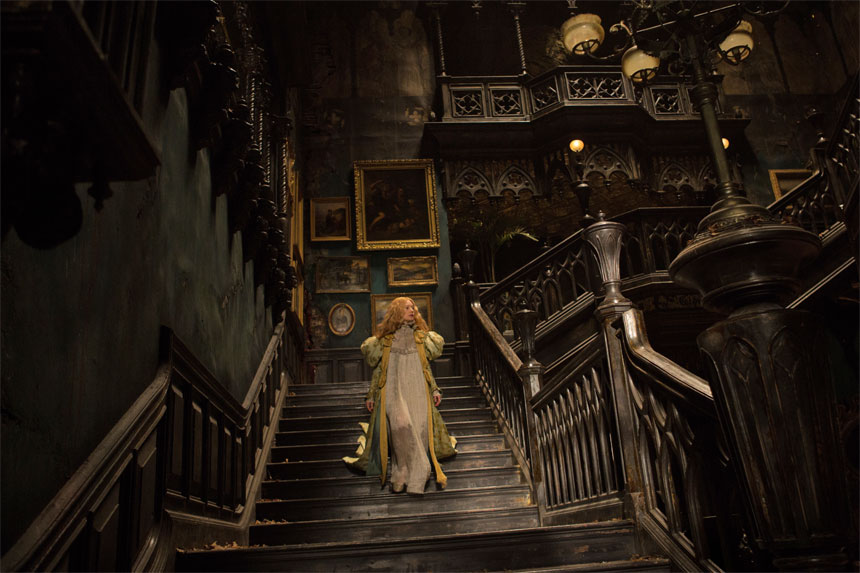 Edith Cushing (Mia Wasikowska) a young woman from a wealthy successful family in Buffalo, New York impresses a baron from Europe named Thomas Sharpe ( Tom Hiddleston) as he chooses her as a waltz partner over other interested single ladies in town played by Gillian Ferrier, Tamara Hope and Kimberly Sue Murray. Sharpe is a slender gaunt looking young man who appears smitten by Edith who is from a wealthy industrial family headed by her father (Jim Cushing). Edith's writing draws the young Mr Sharpe to her but it is their dance in front of the high society folks of Buffalo that fills the screen with a romantic atmosphere which can't be resisted.  Edith is captured but her father has questions which will not be resolved because he is brutally murdered in a very violent and bloody scene before any answers reach Edith.

Alone she marries Thomas Sharpe and heads to his ancestral home in England called Allendale which is situated on a piece of land called Crimson Peak. The crimson comes from the red soil on the peak of land which is under the castle which the Sharpe family has owned for years.  Edith finds she will be living in a dark decaying home with a portion of the roof missing due to decay.  It is filled with an ornate design that is compelling and impressive but dark and frightening as most Gothic mansions are described in novels about women who take residence in them.  The initial story reminds us of Jane Eyre or Hitchcock's Rebecca.  Jessica Chastain plays Lucille, Thomas' sister and master of the household.  She immediately brings fear into the story as she plays piano and dressed is ornate dark outfits, in one she looks like the animated Snow White's step mother.

The dark world of Crimson Peak is reflected in the iron designs of chambers that fill the basement of the house even the elevator looks like a captive cage for humans.  Beyond the physical appearance Edith begins to see dark apparitions similar to the one she saw earlier in Buffalo.  They are dark with blood red color and they reach for her even chasing her down some of the dark hallways of the mansion.  All that atmosphere moves the story deeper into the gothic world we would expect to find a sensitive young woman placed in by her circumstance.

Del Toro is not as effective here as he was in 2006 Pan's Labyrinth a beautiful fairy tale for adults.  He does however frame the story with mode music that is fitting and at time soft and romantic as in the early dance scene.  He also creates an atmosphere of fear which hangs over the entire script.  The horror in this film is not jumping at the audience, it just builds and builds as tension and fear grows for the young woman who is obviously in danger.  The ghosts remind us of The Uninvited (1944) an old Ray Milland film in which a ghost haunts a young woman in her former home by the sea.   del Toro also paints everything with a red atmosphere beginning with the Universal logo which is usually blue and is bloody red here.  The settings in Buffalo society are also filled with beautiful traditional homes of the time and the cast is dressed in extravagant outfits for the period.  del Toro also borrows from Hitchcock's Notorious in which Ingrid Bergman must endure similar situations as Edith at Crimson Peak.

The atmosphere and the relationships dominate, they are strong but almost never honest.  That allows the story to continue to hold us on edge waiting for a sudden climax.  There is blood and plenty of it but the horror here is the fear of what will come and that is never ending.  We find ourselves wondering through out, who will survive and how will the relationships end.  The characters and the performances are excellent, particularly Jessica Chastain who would scare anyone with just her stairs.

This is a beautifully directed and filmed production but it is better initially than in the later scenes.  It is frightening like a weight that hangs on our backs and it is filled with blood and red mud that has the same impression as blood, it is a worthy dark gothic horror film but it is not perfect.