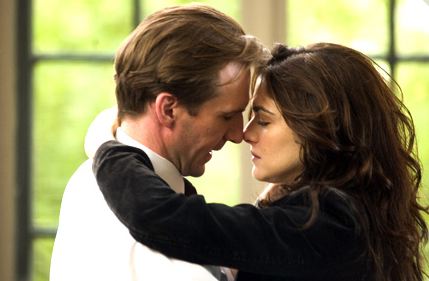 As the summer movie season is setting, a passionate political thriller from Brazilian filmmaker Fernando Meirelles heats up on the big screen.

Starring Ralph Fiennes (Sunshine) and Rachel Weisz (The Mummy), The Constant Gardener gives immediacy to corporate malfeasance in modern Africa. The source is John Le Carre's 2001 Euro-centric novel with a third-world perspective here that creates something intricate, yet heartfelt.

The film, shot with a visual acuity to global apathy, retains the unchronological narrative structure of Le Carre. The key to how provocative and trenchant The Constant Gardener comes from how the personal and the political co-exist with the screenplay, acting, and production alert to commitment of those connected to "Big Pharma."

Fiennes' Justin Quayle is an ineffectual British diplomat in Kenya filling for boss Sandy (Danny Huston of The Aviator). Justin has more than he can handle with fiery activist Tessa Abbott (Weisz) badgering him about Africans suffering like lab rats for a major pharmaceutical's experiments. She can clear a room and gain Justin's affection and hand in matrimony as the diplomat won't reproach her for coming down on British operatives.

Tessa's horrific death from an alleged car accident gradually awakens a man preferring to tend to his flower garden. He'll learn of unsavory reports about an African doctor (Hubert Kounde) in the car with her who is the chief suspect. Jealousy overwhelms Justin and Fiennes takes the role to different levels, as he travels to Berlin, London, and Nairobi. Justin puts his career on the line to try to find out what Tessa was up to, an offshoot of daunting political conspiracy.

One of the unexpected pleasures in The Constant Gardener is the intimate, ethereal connection of Justin and Tessa that Fiennes, and especially Weisz (worthy of an Oscar nod) make sensual and immediate. It also never lets up when it comes to social commentary on issues like AIDS which has engulfed such impoverished countries.

Perhaps Meirelles, who made his native Brazil come alive in City of God with its favelas or slums, almost mirrors the harsh cinema verite with saturated colors on view with Justin's emotional, bristling heroic stature. If the visual stylings become too flamboyant, then the caustic, vital story, adapted efficiently by Jeffrey Caine adeptly coalesces the sex, lies, and wanton politics into a haunting love story. And, Fiennes is finely tailored to a reluctant man who goes beyond Kenya and diplomacy not only for Tessa but for what she believes in. Justin may seem nowhere in Africa at times, but this intelligent drama goes into stormy territory with memorable body language.