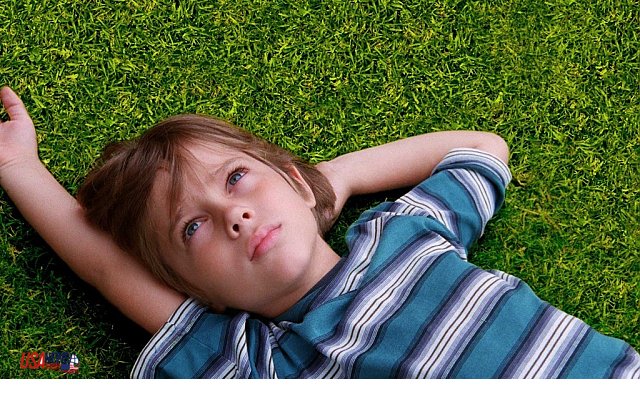 
An honest, touching documentary-like fictional saga from Richard Linklater (School of Rock, Dazed and Confused, Before Midnight) is contemplative, capricious and truly captivating. One that can share some thematic resonance with non-fictional ones like Sarah Polley's wonderfully realized Stories We Tell or even the so many Michael Apted features.

Boyhood is a special, sprawling domestic tale with the kind of scope and intimacy in covering a dozen years of Ellar Coltrane's Mason in the East Texas suburbs.

Mason goes through the emotional progress distress that so many (but not all, of course) have experienced especially from bullying, heartache, detachment, decisions and new found attachments during a number of relocations. And, through his eyes Linklater is able to express much in the medium having a cumulative feel in traversing a fine line between precision and ebullience.

The mundane is rendered with a vividness to the story at hand with Mason having older sister Samantha (Linklater's daughter, Lorelei) and divorced parents (Ethan Hawke and Patricia Arquette) providing many notions that have lasting impact. A visual fastidiousness is craftily compiled as it becomes clear that Boyhood is more show than tell.

The purposeful endeavor has that universality having detail and continuity and not really feeling like a pretentious exercise with the gifted writer/director of Waking Life having Mason's life dealing with disappointments, whether from a variety of abuse or a sobering turn of a lack of quality time.

An estranged dad is something Hawke (The Purge,Sinister, Before Sunrise, Training Day, just a few examples of ways his characters can be varying impassioned and charismatic) does so well that reflects the mutual trust between artists in the medium. The feelings of disappointment resonate in Arquette's return to earlier expressive, dramatic form, and Coltrane is a precocious eye-opener to say the least in an extensive treatment of an earned, enlightening familial struggle instilling snapshots that can move forward to a new hope.