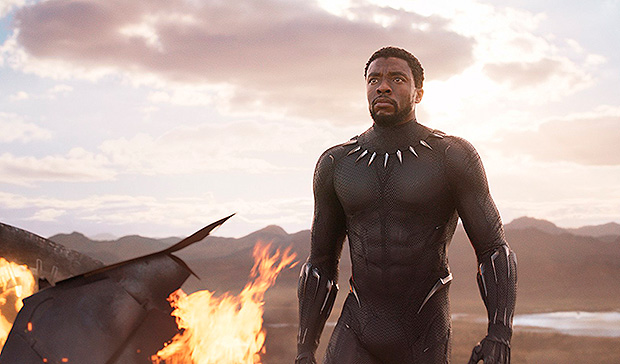 
Marvel Comics' latest blockbuster, Black Panther is going to take the world by storm.  With 42's Chadwick Boseman in the title role, Black Panther can do absolutely no wrong. From beginning to end it's a non-stop action ride. Boseman portrays T'Challa, who returns to the hidden, isolated African kingdom of Wakanda after receiving news of his father T'Chaka's untimely death. Black Panther (T'Challa) is next in line to assume position as the new king. However, technologically advanced Wakanda still clings to its ancient traditions forcing him to accept all native challengers, and fight for the throne.

When outside enemies conspire to steal the rare precious metal Vibranium from Wakanda, T'Challa teams up with C.I.A. and loyal Wakandan forces to prevent another world war from beginning. The battle scenes are amazing and embrace all of the latest and greatest special effects. It's really a non-stop visual feast of epic proportions.