Batman vs Superman - Dawn of Justice 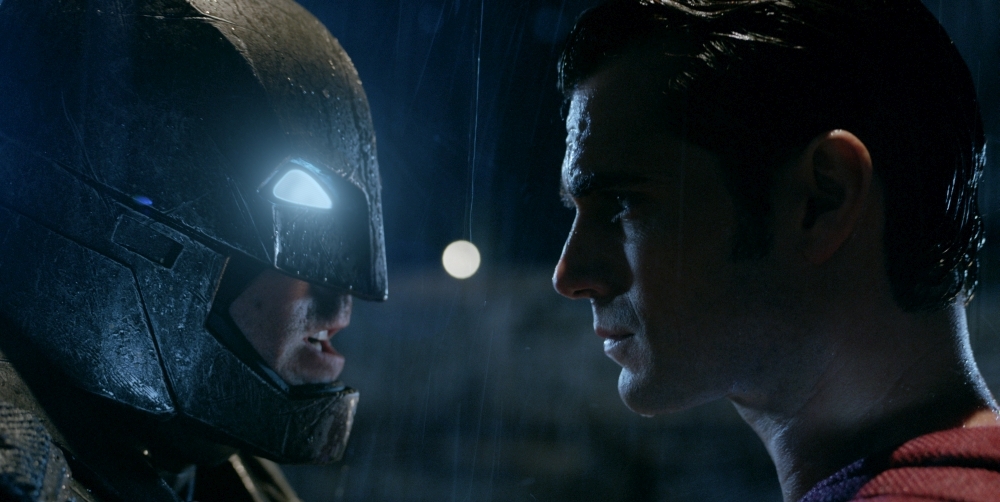 
Batman -vs- Superman, or how to destroy two American cultural icons in two hours and thirty one minutes.

Batman -vs- Superman - Dawn of Justice is a completely disjointed jumbled mess of epic proportions. Some scenes are enjoyable, but they never really connect. The story has no linear narrative and is basically illogical. As a big fan of both Superman and Batman, this film was a huge personal let-down for me. Batman is the Dark Knight, and this movie is so dark that it's barely visible.

There is absolutely no optimism here. It begins 18 months after the Man of Steel has saved the planet from General Zod. I would have liked to have seen what happened during that time. In the comics, Superman would have been involved in the healing process, by helping to rebuild Metropolis and comforting families of the victims. The Kryptonian spacecraft would not have been left behind as a painful reminder of  what happened that day. Superman would have already spirited it away to the Fortress of Solitude for further study.

Lex Luthor (Jesse Eisenberg) is downright painful to watch. There is no real back story to explain his genius, or insanity. I'm still waiting for Braniac to appear in a Superman film. Why is it always Lex Luthor?

If one love's mindless video games, monster truck rallies and the WWF; they should love Batman -vs- Superman. Everyone else will be sorely disappointed. Too much CGI and not enough story. The WB Batman and Superman animated series were far more superior and entertaining than this conflagration of nonsense.

Warner Brothers also dropped the ball long ago by saying Wonder Woman would be making her introduction. It would have been a hell of a lot more interesting if it were a surprise. The battle with Doomsday goes on and on, and the ending is a complete bummer. If Warner is setting us up for a Justice League of America film, we are in big trouble.

Wish I could say something positive about Batman -vs- Superman. But I can't.