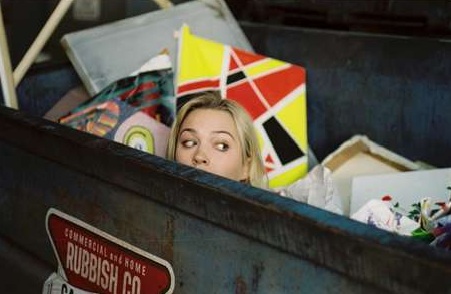 
Art School Confidential reunites director Terry Zwigoff and writer Daniel Clowes from their strangely affecting Ghost World. However, this effort to mine comedy in scathing ways from the art world is underwhelming given a promising start.

The liberal arts school, Strathmore Institute in Manhattan, is the setting for a plethora of types featuring vile filmmakers and irate lesbians, even middle-aged women with no children to take care of.

Zwigoff's protagonist is Jerome, played by Max Minghella of Bee Season, a freshman with artistic capabilities. He becomes romantically interested in Audrey (Sophia Myles of Tristan & Isolde). This beautiful young woman is in his drawing class, seen as a nude model. She begins to reciprocate his feelings and life would appear to be brightening for Jerome, helping to introduce him to the local art scene.

While Zwigoff and Clowes know how to skewer the notion of what is "art" and the pretentiousness of those who create it, the Jerome characters and the handling of potential intrigue seems too air-brushed and wears thin.

There is mention of the Strathmore Strangler lurking for months and this serial menace returning for the fall semester. Clowes also subordinates the narrative with a mediocre student, Jonah (Matt Keeslar), praised by John Malkovich's acidic Professor Sandiford as something called "nowness." This will affect Jerome, not only when it comes to his own work, but with Audrey.

As a dark comedy, Art School Confidential falls well short even to the daringly deadpan Bad Santa. It seems more desperate in its attempts to elicit humor, and relies more on the murderous goings-on around campus. Minghella tries to create a sympathetic characterization, even oppositie an imbibed former artist living in a ramshackled flat (Jim Broadbent, perhaps a cousin or uncle of the kind of character done up with more understated appeal by Steve Buscemi in Ghost World). Buscemi himself appears in an uncredited cameo as a candid restauranteur. Yet, Minghella's lead performance never generates any meaningful dimension, and Zwigoff's latest dissertation is more often lugubrious and transparently manipulative rather than soulfully lacerating.