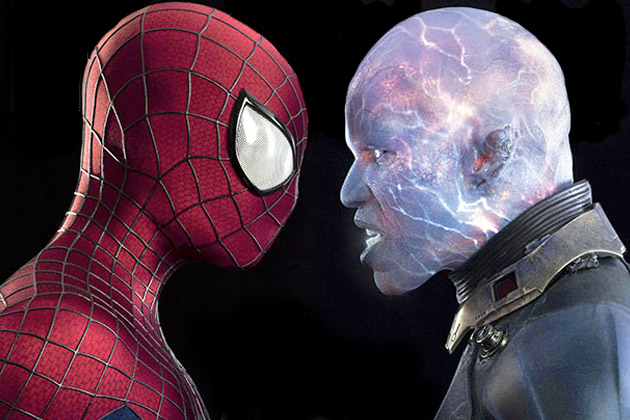 
A continuing Marvel franchise about a young man coming to terms with the legacy of his parents and the reality of his existence doesn't really make its personal stakes that crucial or resonant as the filmmakers implore them to be. Even though a slam-bang, whizzing digitized action summer blockbuster has some vibrant inter-relational drama and comedy.

Another perilous predicament has Peter breaking up with Oxford-bound girlfriend Gwen Stacy (Emma Stone), but the nerves about her safety has his crime-fighting alter-ego Spider-man still vigilant when it comes to someone who obviously has made a great impression on him besides similar interests and aplomb in their classes.

The intrigue of the character-based emotion also extends to wondering why Aunt May (Sally Field) has been his main support system instead of parents (Campbell Scott, Embeth Davidtz). And, the degenerative condition of childhood chum Harry Osborn (Dane DeHaan) has him asking for something of substance from Peter. And, there are ghostly, familial appearances from those close to Peter and Gwen, especially the latter's stentorian cop father (Denis Leary).

The main underlying strand of the narrative by Alex Kurtzman, Roberto Orci and Jeff Pinker from the Stan Lee comics involves lonely worker Max Dillon (Jamie Foxx) who becomes blue-hued 'Electro' after an industrial accident. Being massively charged from a Spider-man backer to a super-villain bolsters the energy level of the proceedings as well as inexplicable aerial distress. Not to mention Harry's transition which will have repercussions as this subtly thrilling trilogy from Marc Webb (500 Days of Summer) moves towards its inevitable, if less anticipated conclusion.

What's clear is the sharp casting of Garfield in a role as the conflicted superhero that he's deftly settling into and having much rapport with a rather effective Stone especially in the film's more intimate interludes. There is also genuine moments between Peter and Aunt May, as well as Harry where Peter's struggles to act accordingly have an intriguing sense about them.

Harry and Max, in their personality transitioning lacks enough foundation which lessens the potential of the real conflict at hand. Still, the new perspective for web-slinging and skyscraper-swing can be more invigorating than invading as weighty emotional scenes are punctuated around a rousing Times Square climax. Foxx and Paul Giamatti as 'Rhino' to a lesser extent aren't nearly as formidable a marauding twosome on screen as the comic lore may indicate maybe because of the awkwardness with which the storytelling tries give the material more vim than it really has. Still, some emotional, even poetic resonance is felt as well-staged by Webb during a power-grid blackout confrontation between Spidey and Electro.

But, what may be a big, bloated distraction still without some details present that may nag some discerning viewers like school and 'The Daily Bugle' still inherently and cynically isn't compromised enough from producing enough entertainment even for a sequel. Especially when a superhero like this puts innocent bystanders like a bullied student in a better light than his requisite, spurred antagonists in a bumpy episode that swings and slings entertainingly enough through randomness and predictability.