The Age of Adaline 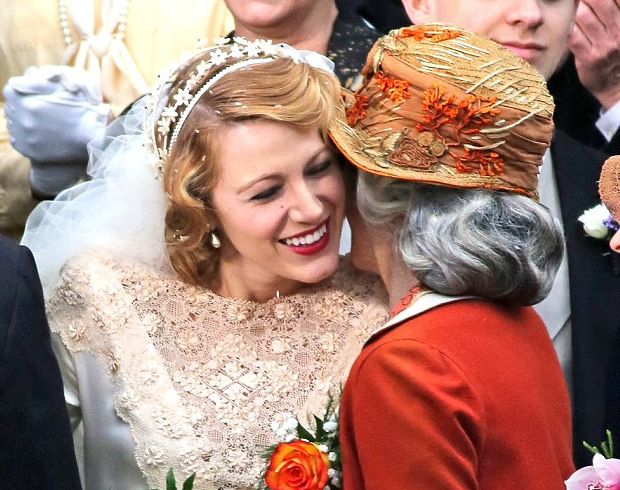 
Blake Lively in an interesting performance looks young and at the same time mature and distinguished as she lives at age 29 forever.

It makes us think of The Picture of Dorian Gray but not dark, and it feels like Benjamin Button but it is not like that either. She is that age through out her existence due to a confluence of stars, electrically charged water, DNA before it was discovered and an automobile accident.

Ellen Burstyn is perfect as Adaline's daughter who is obviously older than her mother.  Harrison Ford has the part which brings Adaline to the edge of reveling her life which has been carried out in a series of ten year segments each separated from the other to hide her non changing life.  Moments of emotion fill the script, the relationship between the daughter (Burstyn) and Adaline, Harrison Ford's William along with  Adaline and William's son Elis (Michiel Huisman).

Leaving a number of relationships over the years Adaline skips town when the police ask for her birth certificate and more important when a young man has an obvious jewelry box containing a ring.

Music and vehicles from the various decades are on display and Adaline's knowledge of various events when playing a Trivia Pursuit Game is superior. She also is confronted by  number of newspaper and other pictures which reveal her secret even when she carefully avoids being photographed.

Director Lee Toland Krieger could have given us more of her life, we could have seen an enriched story line by filling in more years in her life, years we do not get to know.  The story line evolves around her new love Elis Jones (Huisman) and what may be her original love William (Ford).  The ending is also a little too easy, but overall we are kept in suspense and searching for the answer to her life and how the story will end or keep going.

Lively is spectacular as the woman who has power in her long life but is constantly alone to protect herself from the proving and research she would face if the World knew  The Age of Adaline.