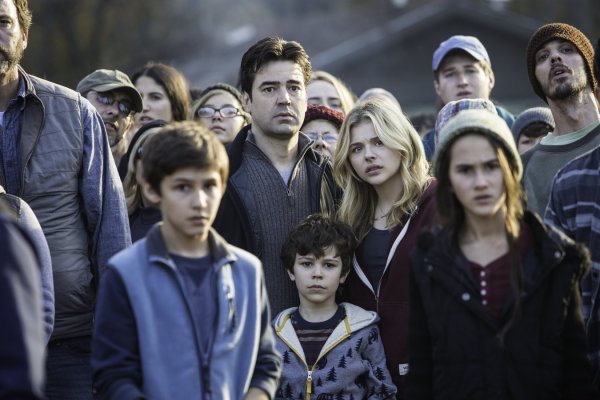 
The 5th Wave features actors Maria Bello, Chloë Grace Moretz and Liev Schreiber. It doesn't matter, the film is boring and a total waste of time.

Some interesting special effects can't make up for this lame script. As usual, Hollywood keeps pumping out second-rate material believing that no one will notice how bad it is.

Besides being a rip-off of so many other films, it blatantly copies so many concepts from the television Sci-Fi series Falling Skies that it borders on plagiarism.

Avoid The 5th Wave at all costs.